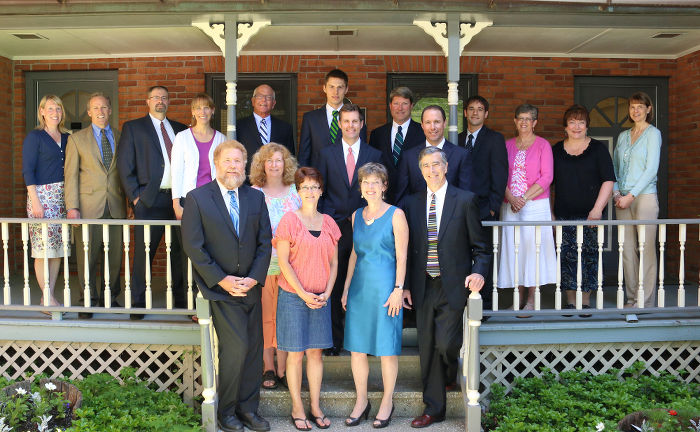 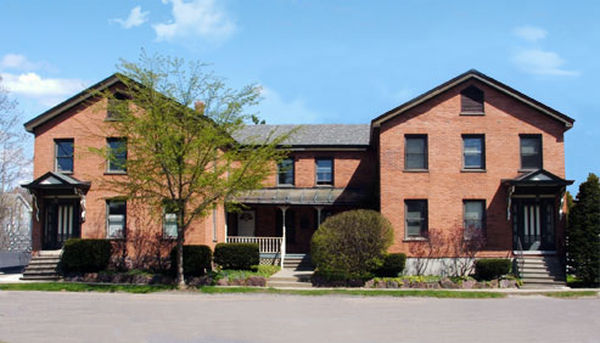 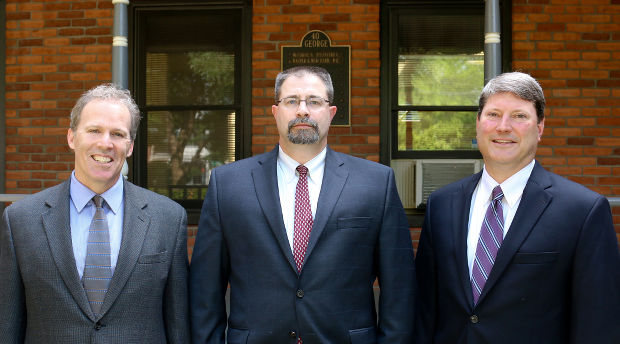 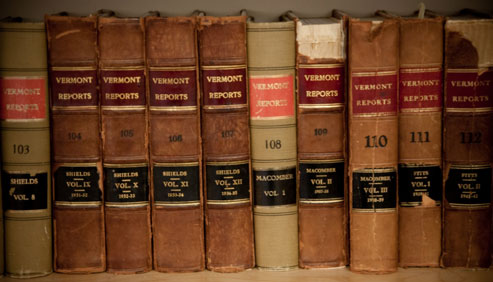 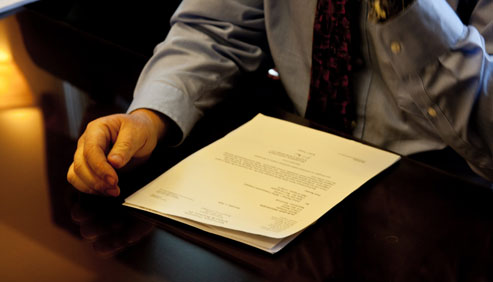 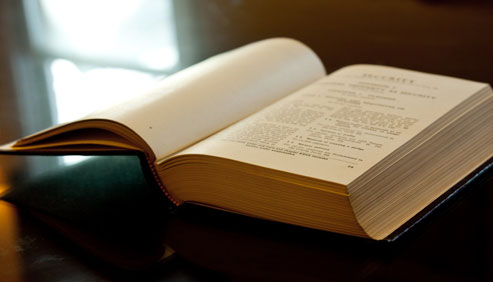 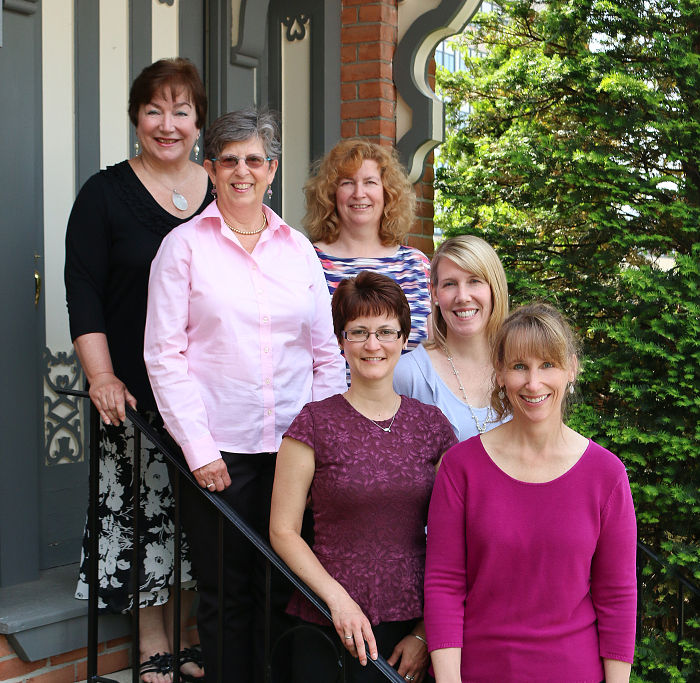 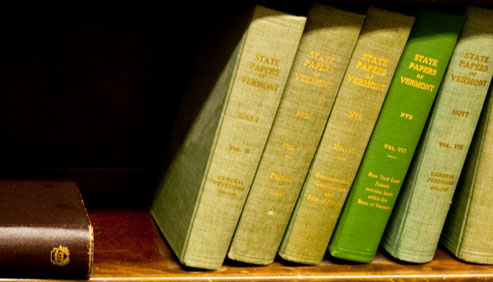 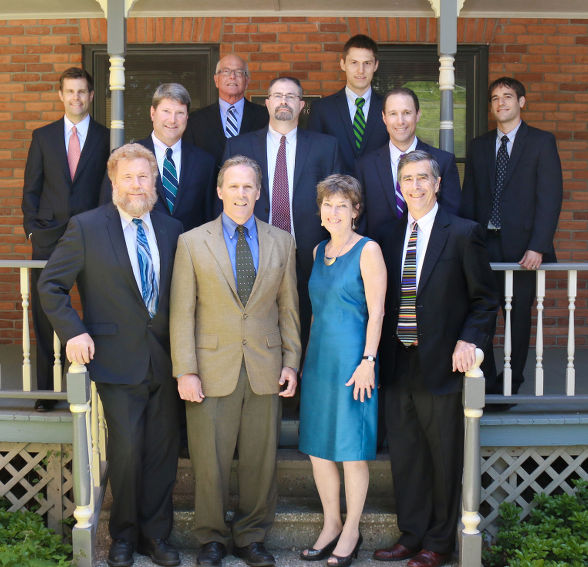 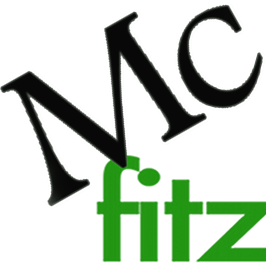 Our attorneys have a remarkable breadth of experience. Our experience ranges from large, metropolitan firms, to stints as prosecutors, and service as judicial law clerks. We bring passion, intelligence and commitment to our work.

Burlington’s second-oldest law firm in continuous existence, McCormick, Fitzpatrick, Kasper & Burchard, P.C., traces its origins to 1940, when Joseph A. McNamara and Robert W. Larrow opened the firm of McNamara & Larrow. The only older firm in Burlington is Dinse, Knapp & McAndrew, P.C., which traces its roots to the formation of Austin & Edmunds in 1932. For many years the two firms shared the building at 209 College Street.

A native of Fair Haven, Vermont, McNamara graduated from the College of the Holy Cross in 1915 and Harvard Law School in 1917. He then served in the U.S. Army in France during World War I, returning to Vermont to open his law practice in Burlington in 1920. In 1928 McNamara ran unsuccessfully for one of Vermont’s two seats in the United States Congress. His foray into politics paid off in 1932 when President Franklin Delano Roosevelt appointed him United States Attorney, which was then a part-time position.

Perhaps McNamara’s greatest disappointment was never becoming a federal judge. Most expected that he would be appointed in 1948 when U.S. District Judge James Leamy died in office, but President Harry Truman instead appointed Ernest W. Gibson, who had been Truman’s seatmate in the U.S. Congress. McNamara continued to serve as Vermont’s U.S. Attorney through 1953, serving longer than any other U.S. Attorney in the country. He remained in private practice with the firm until 1973.

Born and raised in Vergennes, Vermont, Larrow graduated from Holy Cross in 1936 and Harvard Law School in 1939, joining the firm on his admission to the bar. In 1944 he was appointed city attorney, and several years later he ran unsuccessfully for mayor. Larrow ran for Governor of Vermont in 1956, six years before another Burlington lawyer, Philip H. Hoff, became the first Democrat to be elected to that office. In 1966 Governor Hoff appointed Larrow as a Superior Court Judge, and eight years later he was elevated to the Vermont Supreme Court, serving on the bench until his retirement in 1981.

McNamara and Larrow both were among Vermont’s most respected trial lawyers. When they opened their doors together in 1940, their firm was located at 166 College Street, across the street from City Hall Park in a building that has since been demolished to make room for a Merchants Bank parking lot. Two years later McNamara & Larrow moved up the hill to 209 College Street, on the east side of Church Street, where it remained until 1966. At the time College Street was the home of most of Burlington’s lawyers, as well as a good many of its banks and insurance companies.

In the early days of McNamara & Larrow, Joe McNamara met every morning with Reuben Draper, who was manager of the local office of Boston-based Liberty Mutual Insurance Company, the firm’s biggest client. The two met for a cup of coffee and discussed cases, politics, and Red Sox baseball at the A&W Rootbeer stand at the corner of College and Church streets, where Leunig’s Bistro is now. More than a half-century later, Liberty Mutual remains the firm’s biggest client, though the firm now represents nearly forty insurance companies and a wide array of other businesses.